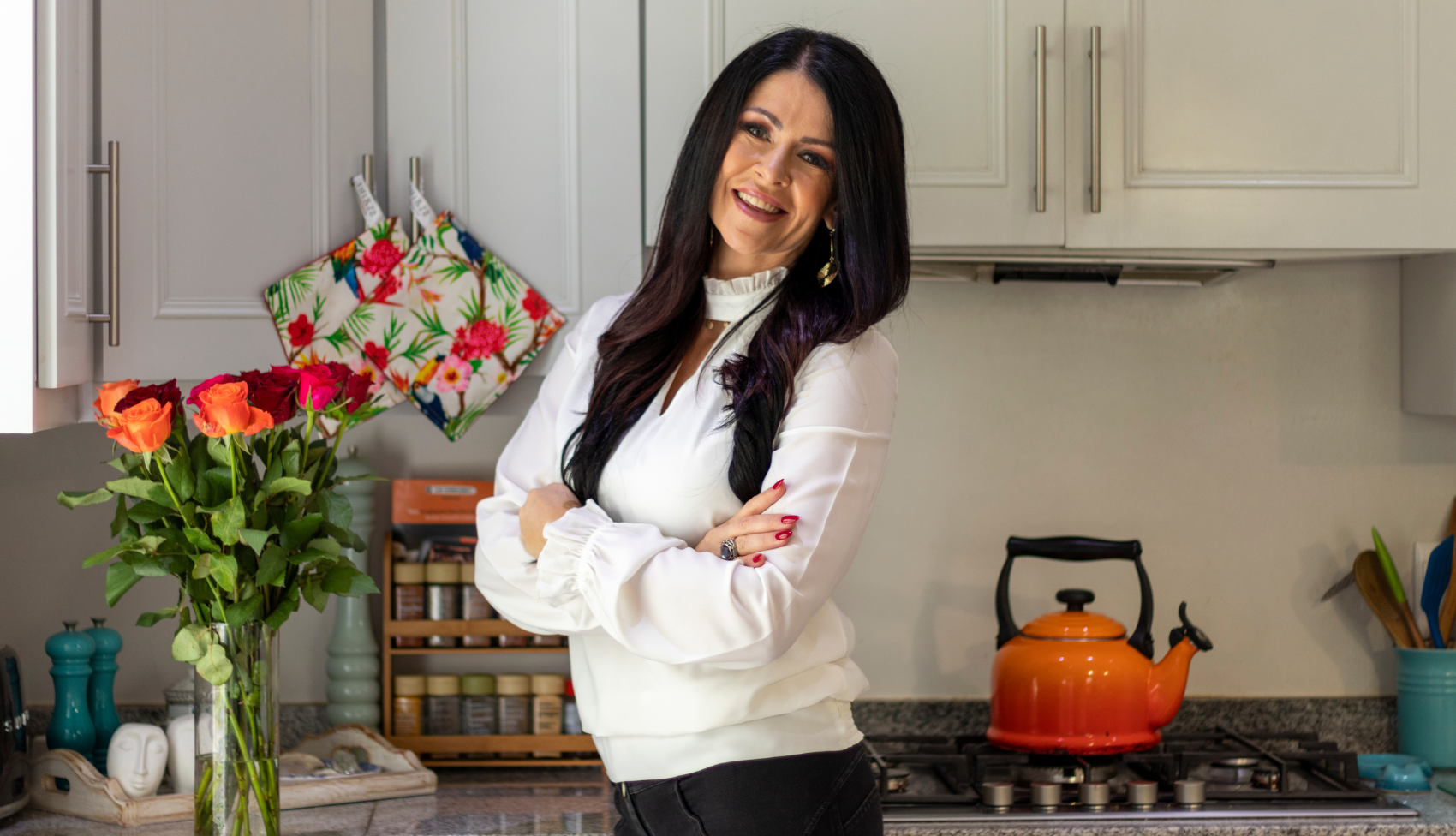 The low down on artificial sweeteners and intermittent fasting

Fasting can be tricky for anyone with a sweet tooth. For the extremely strict who want to get as much out of their fast as possible, it’s likely best to avoid sweeteners altogether. Yes, even the ones without any calories.

I personally have chosen to give up aspartame as all the studies have shown it is definitely linked to cancer and tumors. I now use erythritol in my coffee, tea, and baking- get yours from www.martinnaise.co.za

BUT for the purposes of our sweetener discussion, we’ll break these goals down into the three largest fasting categories:

Before we go in-depth and give you the sweet sweet deets on each individual sugar alternative, let’s make sure we dispel a rather large misconception: food doesn’t have to have calories to break a fast.

And conversely, just because it does have calories, doesn’t mean it does break a fast. If you’re confused you’re not alone.

Calories are only one component among many that decide whether or not something breaks a fast. And depending on your goal, calories may not even be the most important factor.

So when we consider the question of whether or not a sweetener breaks your fast, we’re really considering three different questions:

Does it contribute to a negative blood glucose/insulin response?

Does it activate your digestive system?

Does it trigger growth pathways that would shut down autophagy?

Surprisingly, some non-caloric and minimally caloric sweeteners actually do impact your insulin response, even without elevating blood glucose levels. Similarly, some zero-calorie sweeteners activate your GI tract even though they don’t end up metabolizing in any meaningful way.

Sugar alcohols (identifiable by the -ol at the end of their name eg maltitol) are generally about half as caloric as regular sugar (around 2 calories per gram instead of 4), and they’re usually 25% to 100% as sweet as the real stuff. The one exception to this is erythritol, which only has 0.2 calories per gram, making it 95% less caloric than table sugar.

Acesulfame potassium (aka Ace-K or Sunett)

Along with erythritol, there’s one other non-nutritive sweetener approved by the FDA that doesn’t fall into this “high intensity” category – it’s a relatively new sweetener called Allulose. Like erythritol, Allulose is found in small quantities in nature, and it’s only about 70% as sweet as regular sugar.

Natural sweeteners are sugars and sugar substitutes derived from nature, so they aren’t created synthetically in a lab. The most common natural sugar substitutes you’ll see in lower calorie foods are Stevia and Monk Fruit.

We’re going to go through each of the above sweeteners one by one to discuss their unique attributes and how considerations like caloric density, absorption, gut stimulation, and growth pathway involvement impact whether or not it will break your fast.

Stevia alone may actually contribute to superior blood sugar and insulin levels. It doesn’t inhibit ketosis or the ability to burn fat, so it likely won’t break your fast for the purposes of fat loss and metabolic health.

Stevia is reportedly not digested or absorbed in the GI tract. Instead, it passes through the gut and gets broken down by bacteria living in the colon. So, stevia does not stimulate the gut and should be suitable for gut rest if that’s why you’re fasting.

Stevia is zero-calorie and protein-free, so it likely has no impact on autophagy, meaning you’re all set to use stevia if you’re fasting for longevity.

Fasting for gut rest: does not break a fast

Fasting for longevity: does not break a fast

Like Stevia, Monk fruit has no calories or carbohydrates. Unlike Stevia, it may have a mildly stimulating effect on insulin production. Studies in humans are limited and it is unclear if the possible insulin stimulating effect is enough to keep someone out of ketosis. So if you’re fasting for reasons related to blood glucose and insulin response, go easy on the monk fruit or skip it altogether.

Monk fruit may also have an impact on gut rest.

Monk fruit does not inhibit fasting for the purpose of longevity. The main components of monk fruit extract are antioxidants. It’s a virtually protein-free additive, so there’s likely no activation of mTOR.

Fasting for metabolic health/weight loss: likely does not break a fast

Fasting for gut rest: may break a fast

Fasting for longevity: does not break a fast

Sugar alcohols can be found in nature or produced industrially. They have a chemical structure similar to sugar and alcohol, but are actually neither, so they metabolize in a very unique way. In general, they are incompletely absorbed and metabolized, so they’re commonly used in foods for diabetic populations where the goal is to reduce sugar intake and level out glycemic response. Two common sugar alcohols are erythritol and xylitol, and they each have very different impacts on a fast.

Erythritol only provides 0.24 calories per gram, so the caloric contribution is minimal and it doesn’t have an impact on your body’s ability to produce ketones or burn fat. In one study, Ingestion of erythritol up to 0.3 g/kg to 0.8 g/kg of body weight (or about 20-55 grams for someone who weighs 150 lbs.) did not significantly increase serum glucose or insulin levels.

Perhaps surprisingly, despite its minimal calories, Erythritol does stimulate the digestive tract. Most erythritol — about 90% — gets absorbed in the gut, even though minimal amounts are actually metabolized. The consumption of erythritol has also been shown to stimulate the secretion of Glucagon-like 29 peptide 1 (GLP-1) and cholecystokinin (CCK), two gut peptides released in response to nutrient intake. So you’ll be putting your gut to work to absorb erythritol even though it doesn’t contribute a significant number of calories to your diet.

Research is very limited on erythritol’s role in longevity. However, it is a protein-free substance with minimal energy content, so we can assume that it likely doesn’t affect autophagy.

Ingestion of this sugar alcohol has shown some, but minimal, insulin response after consumption. In some cases, the response is about 16% to 25% of that coming from the equivalent dose of glucose, which may be enough to inhibit your body’s ability to produce ketones and burn fat. One of the most common places you’ll find xylitol is sugar-free gum, which has very little xylitol per piece. It may be hard to ingest enough xylitol to make a significant impact on insulin levels, so minimal consumption is likely fine for a fast with metabolic health as the goal.

Like erythritol, xylitol stimulates the digestive system even though it doesn’t get fully metabolized. Secretion of gut hormones GLP-1 and CCK in response to xylitol ingestion means it isn’t a great option if you’re looking for gut rest.

Xylitol provides 40% fewer calories per gram than sugar or about 2.4 kcal per gram. The form in which it’s consumed, often in extremely small quantities, means it’s unlikely to be a significant source of calories. Xylitol doesn’t contain any protein, so in that sense, it likely does not activate mTOR either. Although research is very limited, one study suggests that xylitol may play a role in autophagy with lung cancer.

Fasting for metabolic health/weight loss: may break a fast depending on the amount

Artificial sweeteners are zero-calorie food additives that have a sweet taste similar to sugar, but none of the calories. They’ve been a hot topic of debate in the nutritional world for decades, with little consensus on whether consumption has negative implications for overall health, so if you’re looking for a general rule of thumb, it’s probably better to avoid these sweeteners. The answer to whether or not they break a fast, however, is a bit more complicated. Let’s take a look at the two most common artificial sweeteners in more detail.

Despite being calorie-free, Sucralose may still have a negative impact on metabolism and fat loss. Sucralose is derived from sucrose but has a different chemical structure, so the body doesn’t recognize it as a carbohydrate. This means it doesn’t get metabolized for energy. A one-time dose of sucralose has not been shown to produce an insulin response after ingestion. However, there are some recent studies indicating that habitual use can alter the gut microbiota and potentially have negative impacts on glucose metabolism.

Like erythritol and maltitol, Sucralose has been shown to stimulate hormone secretion in the gut after ingestion, specifically GLP-1. So, even though it isn’t metabolized fully, it doesn’t allow your gust to rest.

Research is limited on sucralose and its impact on longevity. Since it is not derived from protein and it is not metabolized for energy, we may assume that it does not inhibit autophagy.

Fasting for metabolic health/weight loss: may break a fast

This is a big surprise for a lot of fasters – aspartame (aka “Equal”), the sweetener of choice for most diet sodas, is actually made up of amino acids. Like sucralose, aspartame doesn’t seem to cause a significant glucose or insulin response after a single dose, but prolonged consumption can result in a change in the gut microbiome and decreased insulin resistance over time.

Aspartame does break a fast if longevity is your goal. Phenylalanine, one of aspartame’s components, is an essential amino acid that stimulates mTOR and inhibits autophagy.

Fasting for metabolic health/weight loss: may break a fast

Fasting for longevity: breaks a fast

Allulose has only been on the market for a couple of years. Allulose is what is known as a ‘rare sugar,’ meaning that it is found in small quantities in nature, but can also be produced in larger volumes in a laboratory setting.

Allulose does not inhibit ketosis or fat breakdown. Like erythritol, it only has 0.2 calories per gram (compared to sugar’s 4), so it doesn’t offer significant energy, and doesn’t trigger an insulin response. Interestingly, consuming allulose with a carbohydrate meal has actually been shown to have beneficial effects on postprandial glucose levels, however, more research is needed to verify this result. Aside from consuming allulose with a meal, consumption of 7.5 grams of allulose on its own demonstrated no effect on blood glucose or insulin levels.

Allulose does stimulate the gut. Even though allulose provides very few calories, about 70%% of it is absorbed in the small intestine.

Allulose hasn’t yet been studied for the purposes of fasting for longevity. But since it doesn’t contain protein, we can assume that mTOR isn’t stimulated, and it doesn’t contribute a significant enough number of calories to inhibit autophagy.

At the end of the day choose what sweetener works for your tastebuds and lifestyle, but I would definitely go aspartame free because of the cancer scares

I hope you found this helpful!!! 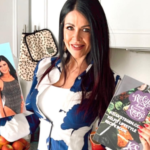